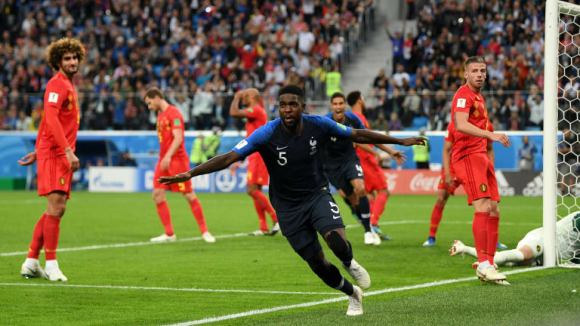 Center-back Samuel Umtiti, the French player of Cameroonian origin, was the butt of jokes when he inexplicably decided to handle a cross into his penalty box in France’s group game versus Australia. Australia scored off the penalty awarded following Umtiti’s handball. The score which was 1-0 in France’s favour became 1-1 and they eventually won 2-1. Paul Pogba’s 81st-minute goal saved France the blushes in that game. In the World Cup Semi-final versus beautiful, brave, blame-free Belgium, the same Umtiti scored the only goal off a well-directed early second-half header to launch feisty, fast-paced, fiery France into the World Cup 2018 Final. What a graduation from a stupid hand-ball to an intelligent ‘head-ball’ for Umtiti! You may have goofed-up. You may have blundered. You may have done stupid things. But you don’t have to continue in that stupidity. You don’t have continue in that folly. Like the lost son Jesus spoke about, you can ‘come back to your senses’ (Luke 15:17) and make the ‘wise choice’ of returning to your waiting, loving Heavenly Father, because it can be too late for you to come back to Him, at any second.(Duke Jeyaraj is the founder of Grabbing the Google Gen from Gehenna Mission. This is a reader supported Indian ministry. Find out more at http://www.dukev.org)

Rev. Dr. Duke Jeyaraj is a trained Agricultural Engineer [B. Tech from SHIATS, Allahabad, India], who did not pursue a career in the line of his education but nevertheless enjoys growing cacti in the balcony of his flat, during his spare time! He could have been a cricket commentator but prefers to wrap Bible Truth around cricket magic moments and other interesting-to-Google Genners contemporary events. God’s call upon him made him utterly restless and he obeyed that call to by founding the Grabbing the Google Generation from Gehenna Mission (G4 Mission) to finally find serenity after having served as a International Bank Customer Service Executive/Youth Pastor/Bible College Teacher/Missionary/Youth Mag Editor. G4 Mission is not a church but an inter-denominational ministry to present-day people, a ministry which Duke works full time for, as an itinerant presenter/preacher since 2008 putting to use the formal theological training he received from Southern Asia Bible College in Bangalore [M. Div & Doctor of Ministry]. Duke is called ‘dad’ by Dale (16) and Datasha (12) and ‘hubby’ by Evangelin and calls Hyderabad, India, his adopted home. Duke has preached by invitation beyond his national borders (we are talking about nations such as Bangladesh, Singapore, Germany, Nepal and the United Arab Emirates). In case your curiosity is triggered by hearing all this, you may checkout www.dukewords.com [if you are the reading plain text type], www.soundcloud.com/shoutaloud [if you are part of the audio-listening tribe] and www.youtube.com/visitduke [if you group yourself with the video-steaming generation]).