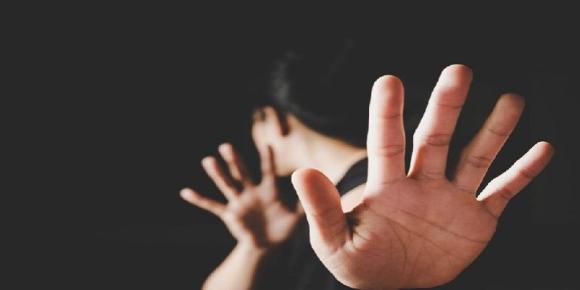 The horrific news coming out of Pollachi town in Tamil Nadu. The temperatures usually soar in March, but this March 2019 they appeared to soar even more – courtesy, this nasty sex scandal. I have been mulling over this stomach-churning news from Pollachi. Some thoughts came into my mind, fueled by the greatest book ever. Well, I could not tape my mouth, when I heard of these rapes. Let me share them:

LONELINESS LESSON: This rape-video creating gang of Pollachi would lure girls via social media. One member of these beastly buddies would send a friend request to girls on Facebook in the locality. Some of these girls – friendless, lonely ones – would accept their requests even though they were strangers. After that the gang leader would start chats with these girls. Romantic chats. Chats that would be spiced with, “You are cute. You are pretty. I am thinking about you, all day.” The girls would fall for these, hook, sinker and line. They would agree to meet in a place they were comfortable with – restaurants, parks, wherever. Once they show up, they would be lure them into a car (there were times when these boys promised these love-lorn girls long car drives loaded with romantic conversations). Once inside the car, the would replicate what a quotation gang did to a popular Malayalam actress in February 2017: disrobing, sexual touching, rape turn by turn – while the entire thing was filmed (again turn by turn). This gang had created 1000 plus videos like these by sweeping off their feet about 250plus women – including a doctor, homemakers, etc (I gathered from a news agency report).

Do not let anyone take advantage of your loneliness. There is a solution for that. Become friend with the only God in flesh Jesus who is called in the Bible this: “a friend closer than brother” (Prov. 18:24, The Bible). He will lift the shotput ball of loneliness from your heart.

NAKEDNESS LESSON: This group obviously believed that the nakedness of any girl they spotted Facebook was theirs to enjoy. But the Bible – God’s Life Compass for us – tells us something different. A woman’s nakedness belongs to the eyes of her husband alone – that is the lesson of Leviticus 18 (KJV/NKJV) [this is a Bible chapter]. Watching the nakedness of a woman other than one’s wife shatters the peace of one’s heart, because it is a sin against God – that’s the message of Song of Songs 8:10 – a Bible verse.

SUBSTITUTION LESSON: A member of this gang brutally beat a girl this gang entrapped with a belt, till she got out of her clothes and then went onto film her, despite her protests that were littered with several “anna”s (the Tamil word for elder brother). Have you heard of anything more cruel, more sickening, more disgusting, in your entire life? I have. This cruel thing happened over two thousand years ago. It happened when Jesus was whipped with leather belts studded with broken bone-pieces and metal-chips by cruel Roman soldiers – as strong as the Thuppakki movie villain, Vidyut Jamwal. This strong-armed army thrashed Jesus atleast 39 times. They whipped him till strips of flesh were hanging on his back. They spanked him tell his back would look like a ploughed field as the prophets had foretold (Psalm 129:3, The Bible). Why did the only sinless man who was also the number one unselfish miracle-worker have to go through all this? The Bible explains why: he became a substitute for our sakes. Jesus loved each one of us and gave himself for you and me (Gal. 2:20, The Bible). He was the sinless, spotless lamb who was sacrificed on our behalf (Isaiah 53, The Bible). Each one of us have sinned (Romans 3:23, The Bible). Without exception. The wages of sin is death (Romans 6:23, The Bible). Jesus, God-in-flesh, voluntarily decided to taste the cruel wages of sin on our behalf (John 10:18, The Bible). That’s why he endured the blood-splattering wild whipping and eventual crucifixion. As 100% God, he was infinite, he was beyond time. So, he could die for all people of all time. As 100% human, he could be a rightful legal substitute for a human, which is what all of us reading this are.

JUDGEMENT LESSON: The Pollachi gang made a costly miscalculation. They thought none of the girls they video-graphed nude would have the nerve ever to report the matter because they would invariably tell each of them, this: “If you open your mouth about what happened to you, we will upload this video we have shot on the Net!” For two full years, they faced no program. They thought they would be only counting the rape videos they had created. They had no idea, a day will come when they would counting the rods standing behind a prison. That day came. Slowly. But surely. It came when one day, one girl had the guts to talk about what happened to her. She told her brother (during mid-February 2019) about her horrific experiences with this rape-video creating ring. This brave brother of hers found out who-on-earth these gutter-minded guys were. When he confiscated their phones, he found it to be full of rape-videos, sexual-harassment videos (over 1000 of them as per reports). He then handed these the phone to the police (which eventually led to arrest of the culprits even though they were well-connected and rich). The mob gave them a sound thrashing and razed to the ground a liquor shop which one of the culprits owned.

Well, sometimes when punishment for a crime does not come immediately, one’s mind become emboldened to commit more such crimes. “When a crime is not punished quickly, people feel it is safe to do wrong” – the Bible observes in Ecclesiastes 8:11. But that is only the part of the story. As one reads the full Bible – a book which is a library of 66 divinely-inspired books – this is clear – judgement is coming. It may come even on this side of the grave (Think of Herod in Acts 12:23 and False Teacher Jezebel in Revelation 2:22 in the Bible). If not, it is coming on the other side of the grave, most certainly (Acts 17:30-31). There is a day of judgement. Jesus, the only sinless person on this planet will be the righteous judge on that terrible day where folks will ask mountains to cover them without success (Rev. 6:15-17, The Bible). The books of God’s record of every sin will be opened (Rev. 20:12, The Bible). Every sin, every crime will be accounted for. There is an eternal hell for those condemned that day (Rev. 20:14, The Bible). But the Bible also says, if we truly repent and confess our sin to the alive-forever-now Jesus who died on each one our behalf, we will be acquitted on that day of judgement (Rom. 8:1; I John 1:7-9). And the acquitted will live with Jesus in heaven forever, the Bible declares (John 14:1-3). So, do not hide your sin – small sin, big sin. Repent from it. Confess it to Jesus. He will cleanse you. You will have joy unspeakable and full of glory. You will have a happiness that does not depend on happenings.

(Duke Jeyaraj is the founder of Grabbing the Google Generation from Gehenna Mission. Find out more at https://www.dukev.org/ or by liking www.facebook.com/dukebook and www.facebook.com/googleduke).

Rev. Dr. Duke Jeyaraj is a trained Agricultural Engineer [B. Tech from SHIATS, Allahabad, India], who did not pursue a career in the line of his education but nevertheless enjoys growing cacti in the balcony of his flat, during his spare time! He could have been a cricket commentator but prefers to wrap Bible Truth around cricket magic moments and other interesting-to-Google Genners contemporary events. God’s call upon him made him utterly restless and he obeyed that call to by founding the Grabbing the Google Generation from Gehenna Mission (G4 Mission) to finally find serenity after having served as a International Bank Customer Service Executive/Youth Pastor/Bible College Teacher/Missionary/Youth Mag Editor. G4 Mission is not a church but an inter-denominational ministry to present-day people, a ministry which Duke works full time for, as an itinerant presenter/preacher since 2008 putting to use the formal theological training he received from Southern Asia Bible College in Bangalore [M. Div & Doctor of Ministry]. Duke is called ‘dad’ by Dale (16) and Datasha (12) and ‘hubby’ by Evangelin and calls Hyderabad, India, his adopted home. Duke has preached by invitation beyond his national borders (we are talking about nations such as Bangladesh, Singapore, Germany, Nepal and the United Arab Emirates). In case your curiosity is triggered by hearing all this, you may checkout www.dukewords.com [if you are the reading plain text type], www.soundcloud.com/shoutaloud [if you are part of the audio-listening tribe] and www.youtube.com/visitduke [if you group yourself with the video-steaming generation]).